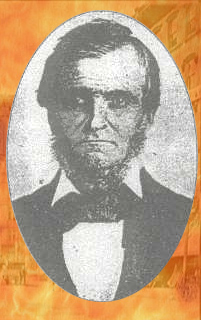 Newspaper accounts of the December 1869 Arson Fire on South Salina Street, Syracuse, New York. Articles document the actions and involvement of F. P. Vedder and the insurance trial that gives a great deal of the sworn testimony at the time. We have transcribed additional articles from various papers including the Syracuse Daily journal and the Syracuse Daily Standard as well as newspaper accounts from the Whitehall, Illinois Register.

Here’s a snippet from Part I.  A story that could easily be torn from today’s newspapers or watched on the nightly news unfolded over 140 years ago. In today’s dollars the loss was close to $11 million and countless lives were placed at risk in a fire on South Salina Street, Syracuse, NY. December 27, 1869 at 1:15 a.m. the night watchman sounded the alert and before all was said and done eight brick stores along South Salina Street were destroyed. Newspaper accounts from across New York as well as Illinois shows the story was of great interest to the general public at that time.

Continue the story  in Part I.